In 2019, Tallinn City Museum will celebrate 800 years since the first recorded mention of the city in connection to the crusades of Danish King Valdemar II to Northern Estonia in 1219. The Chronicle of Henry of Livonia does not mention a specific place, but the events can be connected to Toompea and the region of future Tallinn.

The exhibition about the development of the city looks at how old the settlement is around Tallinn. When does a settlement become a city? What happened during the crusade of Valdemar II of Denmark and what were the early years under Danish rule like? The detailed reconstructions of Tallinn during the Danish era (created by artist Jaana Ratas) and the animated overview of the various stages in the construction of the city were created according to archaeological data. The archaeological material is provided for the exhibition by the Archaeological Research Collection of Tallinn City Museum and Tallinn University. Items have been added from Tartu and Riga for comparative purposes. The curator of the exhibition is Erki Russow.

The catalogue of the exhibition “Finds from the early years of Tallinn” introduces the story of the creation of Tallinn through archaeological pieces found from the territory of the city.

Tours with the curator: 11 June, 17 September, 29 October. Register at haridus@linnamuuseum.ee, participation with a ticket to the museum.

Tours with the curator
27 June, 22 August, 12 September at 17. Register at kok@linnamuuseum.ee, participation with a ticket to the museum.

The Maiden Tower café will offer a Danish specials menu.
Special excursions at the exhibitions can be booked.

Come and join our Independence Day festivities on 24 February 2020 in the Kiek in de Kök Fortificatons Museum. More information in Estonian here.

1.12 and 5.01 Christmas Programme “Christmas across the city”

On 1 December and 5 January, from 11am till 4pm, Tallinn City Museum invites everyone to participate in a cheerful Christmas programme CHRISTMAS IN THE CITY at the Kiek in de Kök Fortifications Museum, the Museum of Photography and City Museum.

Christmas customs in the culture of the city in the merchant house of City Museum, at the Museum of Photography behind the Town Hall, and in the towers of the Kiek in de Kök Fortifications Museum. We will also be celebrating “Tallinn 800” during the Christmas period.

The Tallinn Christmas Market and Tallinn City Museum present: a fun tour of Tallinn Old Town! Here we take a look how Tallinn emerged as a city and how Christmas was celebrated in Tallinn during the old days. This year we celebrate the 800th anniversary of the first recorded mention of Tallinn, in connection with the crusade of King Valdemar II of Denmark to this area and the start of the emergence of Tallinn as a city! The Christmas tour starts under the big Christmas tree of the Christmas market and continues on to the Tallinn City Museum (Vene Street 17); from there we move onto Toompea, where the city was actually started. Along the way, we will talk about Tallinn’s oldest places and of Christmas celebrations. We finish our fun trip in the Maiden Tower’s Café, with some hot mulled wine.

The tour lasts for about 1.5 hours – during the tour we also get acquainted with two exhibitions of the Tallinn City Museum “From stronghold to town – the birth of the Danish town 800 years ago” and “Dannebrog and Estonia 1219–2019”.

We recommend buying tickets in advance from Piletilevi. Tickets can also be purchased from the cashier at the Tallinn City Museum (Vene Street 17), before the city tour starts.

Bonus! The Christmas Tour Ticket can be used for 7 days after the event, so you also have the opportunity to see both exhibitions on your own.

The Christmas tours are held in Estonian, Russian and English, from 1st of December 2019 until 5th of January 2020.

The Christmas tours take place on Sundays, starting from the first of December 2019 until 5th of January 2020.

See you at the tour!

The organisers of the Kiruvere ancient camp will erect a camp of Estonians in Revala County. The team from Thor Viking Ship will even bring a Viking ship to Toompea.

The walk through the Tallinn of the Danish period starts at the exhibition “From stronghold to town” at the City Museum and ends with a visit to the ancient camp.

Tickets (12 euros) are on sale at the ticket desk of the City Museum and Piletilevi. You can independently visit the exhibition at the City Museum before the city tour, you should put aside an hour for this.

A day of lectures about Tallinn in the 13th century.

A walk through the Tallinn of the Danish period. Registration until 28 May at haridus@linnamuuseum.ee.

Themed workshops by Tallinn City Museum and the Art Museum of Estonia.

A family day celebrating the anniversaries of our national flag and the Danish flag, the Dannebrog. The Art Museum of Estonia and Tallinn City Museum will also participate to present their Danish-themed exhibitions.

Starts at the ticket desk of Kiek in de Kök, ends at Vene 17

A walk through the Tallinn of the Danish period. The tour starts at Kiek in de Kök with the exhibition about the Battle of Lyndanisse “Dannebrog and Estonia 1219–2019”. We continue to the Danish King’s Garden, where according to legend the red and white Dannebrog fell from the sky. Walking through the Old Town, we will talk about how the appearance of the city started to develop during the 13th century – churches and cloisters, citizens’ homes and the initial defensive wall. As an illustration, we will look at Jaana Ratas’ reconstructions. The tour takes 1.5 hours and ends at the exhibition “From stronghold to town” at Tallinn City Museum (Vene 17).

TALLINN 800 JOURNEY
can also be requested with a historically accurate meal at the Maiden Tower.

Tickets (12 €) are on sale at the ticket desk at the Fortifications Museum and Piletilevi.  BUY TICKET
The price also includes admission to the two exhibitions. You can independently visit the exhibition at Kiek in de Kök before the tour, you should put aside an hour for the exhibition. 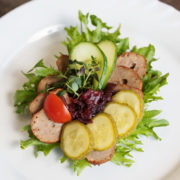 City tour can also be requested with a meal at the Maiden Tower. BUY TICKET

At the park and the museums located there, at 12–16

A great lego-themed day will take place at Kadriorg Art Museum, House of Peter the Great Museum and the Children’s Museum Miiamilla, as part of which both younger and older friends of art and building blocks can take part in creating a collective lego-painting, producing flag patterns and among other things learning many exciting things about the joint history of Denmark and Estonia.

Lectorium of the Maiden Tower
four autumn Thursdays at 18

Participation with a ticket to the museum. We recommend coming early, so you can see the exhibition “Dannebrog and Estonia 1219–2019” and enjoy the views from the cafes in the Maiden Tower and Kiek in de Kök.

20 September 2019
Lectorium of the Maiden Tower

This international history seminar is dedicated to the 800th anniversary of the city of Tallinn. The focus of the presentations at the seminar is the birth and development of the mediaeval city in the 13th century. In addition, the simultaneous development of other centres important from the perspective of early Tallinn will be addressed.

The series of archaeology-themed events held every autumn at Tallinn City Museum includes lectures, museum lessons and, this year, also a choreographed performance. The events are connected to the end of the Ancient era and the Danish period.

In the dance programme “One object, many stories” Estonian and Finnish dancers become museum exhibits conveying the functions of specific objects through movement.

In a lesson meant for school and kindergarten children and anyone else who is interested, we will discuss who an archaeologist is and what they do. Participants try out being an archaeologist. The museum lesson ends with an experimental archaeology handicraft task. The price per student for the lesson is 4 euros. Book at haridus@linnamuuseum.ee, +372 5919 0980.